The Unforgettable Tragedy: Confessions from the Decree Era

It is a miracle that Ioana Coja survived communism. A first clandestine abortion caused her severe septicemia. A second left her with a terrible memory: of her own brother, a doctor, having to remove her placenta to save her life.

Ioana was one of the lucky ones. Over ten thousand women died in communist dictator Nicolae Ceaușescu’s Romania trying to get rid of unwanted pregnancies. Between 1966 and 1989,a law named decree 770 criminalized women’s right to an abortion unless she was over a certain age and had over four children.

After 1989, Ioana Coja took her two daughters and left the country forever. She settled in Paris, where she worked as an art and sculpture teacher and coordinated the Library of Cinémathèque Française. Nevertheless, the memories continued to haunt her.

The images seen in gynaecology departments before 1989 remained the stuff of nightmares for doctors too. Elena Copaciu, today a doctor of Anaesthesia-Intensive Care, was an intern at Constanța County Hospital in 1987-1988. For a while, she worked in the Gynaecology Department. She was never able to forget what she saw.

The tragedy of Ceaușescu’s decree also impacted children, because the women who resorted to illegal abortions were often already mothers. Each woman had her own motives, life and family context that led her to make the decision to terminate the pregnancy. In 1986, Dana Chelba was one of those mothers. She had two children at the time, Irina and Alexandru. What were the consequences of Decree 770 in their lives? Irina Chelba talks about them.

The Decree Chronicles focuses on the present-day consequences of Ceaușescu’s legislation , which tried to boost birth rates by any means necessary – including banning abortions. These consequences are not only social and institutional. They created a collective trauma that we have never really overcome. More than thirty years after the fall of communism, we still don’t have a memorial of the decree that maimed countless destinies between 1966 and 1989.

Ioana Coja, Elena Copaciu and Irina Chelba each experienced the effects of the decree from a different perspective. Their experiences can be multiplied thousand-fold to obtain the number of women who have gone through similar traumas because of the criminalization of abortion.

The confessions in the following montage were filmed between 2019 – 2020.

The Unforgettable Tragedy: Confessions from the De… 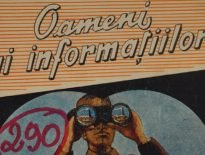 Uncategorized Guardians of the Decree: The Hidden World of the A… 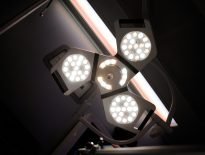